May 05, 2015
This week marks 1 year of radical participation in Mozilla India towards MLS contributions.
We've started and sustained activities to make India more and more visible on the Mozilla Location Service's map & now it's one of the brightest region for MLS, globally (especially Kerala - you guys deserve cookies... and nutella... and more battery packs). 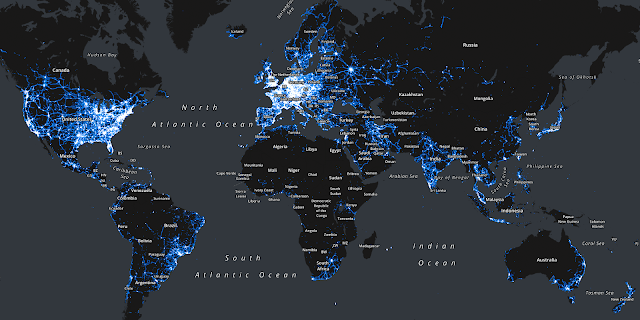 Over the past one year, I've been somewhat the goto-guy regarding the MLS activities in India. Which is awesome, but having that teeny-tiny community now grown so big, I can't (and more importantly, shouldn't) keep track of it, effectively.

Incidentally, the current contributor base consists of so many enthusiastic and active Mozillians, willing to step up & take up responsibilities to manage the activities, that it's really incredible!

As a next step, we should be forming a group of Mozillians, focused for MLS activities in India, and make that group as the goto-group (instead of a person being the goto-person).

Hence, a Task Force has already been proposed & would be discussed in the Community India meetup this weekend.

Once set up, the team can handle all the communications, activities & strategies. We'll have a mailing address set up (as necessary; something sort of geolocation@mozillaindia.org) to handle all the communications. Many active #MozGeo scouts has already connection/visibility with the corp-team; they can totally have a full-duplex relationship, for all strategic advances.

So, the big question: who's going to be the part of the Geolocation Task Force?
Luckily enough, implementing a meritocratic model for all #MozGeo activities is a piece of cake - thanks to the cool gamification (can be even better - but whoever initiated to go on this way of having gamified-metrics tracking from the ground up - did it damn right)!

We have a list of active MLS contributors from the last two location sprints. Almost all the top ones are still active, and more than half of them are still leading with heavy 6-digit stats - even though there's no location sprint out there right now. This is insane!

So, I've made this small form to capture the interest & current stats of the Mozillians, willing to be a part of Mozilla India Geolocation Task Force. I'd suggest we go with taking in all the Mozillians with 100000+ scores on the leaderboard (or, the top 9-10 - or, whichever threshold is met first).

So far, the contributors were all called #mozGeo scouts, but I'm oh-so-very inclined to use the term "Rangers" for the top contributors (everyone with 10^5+ points on the leaderboard - so far, about 521 rangers globally). It's a personal preference - by no means official. You don't have to use the term "Mozilla Geolocation Rangers" (unless, of course, you really want to!) ;) :P

As a cloud-services project, Geolocation Task Force is best to be a part of the Technical Task Force. Hence I'll have a close connection with the team, in all senses. But being an inactive scout, I shouldn't be one of the people to be among the Task Force members. We can use that spot to add one more Mozillian.

The way I see it, what was my personal goals against Mozilla Geolocation efforts in India a year back, are splendidly met & I want to step back from the core-activities with that satisfaction. I've just archived MLS from my active projects list.

Although, as I've mentioned, the gamification around the contribution can be made better & more fun. I'll try to invest some more time into make that happen, going forward.